Just one year after the sensational find of a Viking ship in Norway, traces of another ship burial and settlement probably dating to the Viking Period have been found.

The discoveries were made by archaeologists from the Norwegian LBI ArchPro partner organisation NIKU (Norwegian Institute for Cultural Heritage Research) with the efficient archaeological prospection approach developed by the LBI ArchPro with its partners.

– This is incredibly exciting. And again, it’s the technology that helps us find yet another ship. As the technology is making leaps forward, we are learning more and more about our past, says Dr. Knut Paasche, Head of the Department of Digital Archaeology at NIKU, and an expert on Viking ships.

Already in 2018, the NIKU team had discovered the remains of a Viking ship in Østfold County in Norway. As with the find at Gjellestad in 2018, the remains of the ship are located just below the top soil in an area where there was previously a burial mound. The burial mound appears as a marked circle some 18 metres in diameter in the georadar data. In the middle of the mound, archaeologists can see a 13 metre long keel, and hints of the first two strakes on each side of the keel. It is likely that it is the traces of the central parts of the ship that are now visible with the help of georadar, while the fore and aft sterns appear to have been destroyed by the plough.

– The length of the keel indicates that the ship may have been a total of 16-17 meters long. It is too early to say anything certain about the age for the ship, but the ship must be from the Merovingian or Viking Period. Which means the ship is more than 1,000 years old, says Paasche.

In addition to the ship, the archaeologists also see traces of settlements in the data although it is still too early to date these.

It was the Austrian archaeologist Manuel Gabler and his Norwegian colleague Dag-Øyvind Engtrø Solem, both from NIKU, who conducted the surveys at Edøy in September and who made the ship discovery. Gabler and Engtrø Solem used the same georadar system on Edøy that was used in the discovery of the Gjellestad Ship in 2018. This radar system was developed by the Swedish manufacturer Guideline Geo. The archaeological prospection methodology for efficient, extensive high-resolution measurements was developed by the LBI ArchPro in collaboration with its international partner organisations over the past nine years. 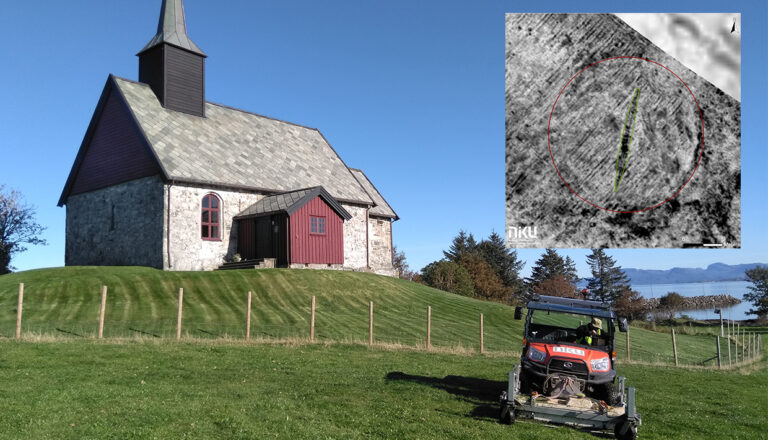 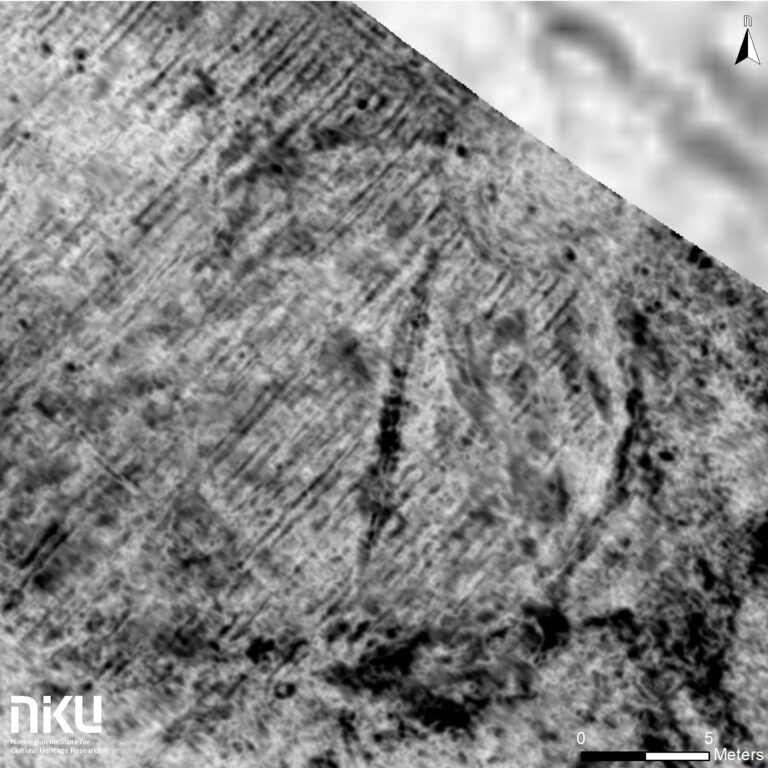