The new exhibition at the open-air museum in Schwarzenbach (Lower Austria) was officially opened in May 2019. Two new Celtic house had been setup at the open air museum with one of the buildings being equipped with a container that features virtual and media installation presenting latest research results from the site such as a projection mapped model. A virtual reconstruction of the site and fortifications was done together with Sandro Lochau, a graduate student in “Scientific Visualization” at the Zurich University of the Arts. The event received considerable attention among the local and regional community: more than 300 guests attended the celebration which also featured a live Celtic barbecue.

The Schwarzenbach dissemination project is funded by ecoplus, the County of Lower Austria and the University of Vienna. 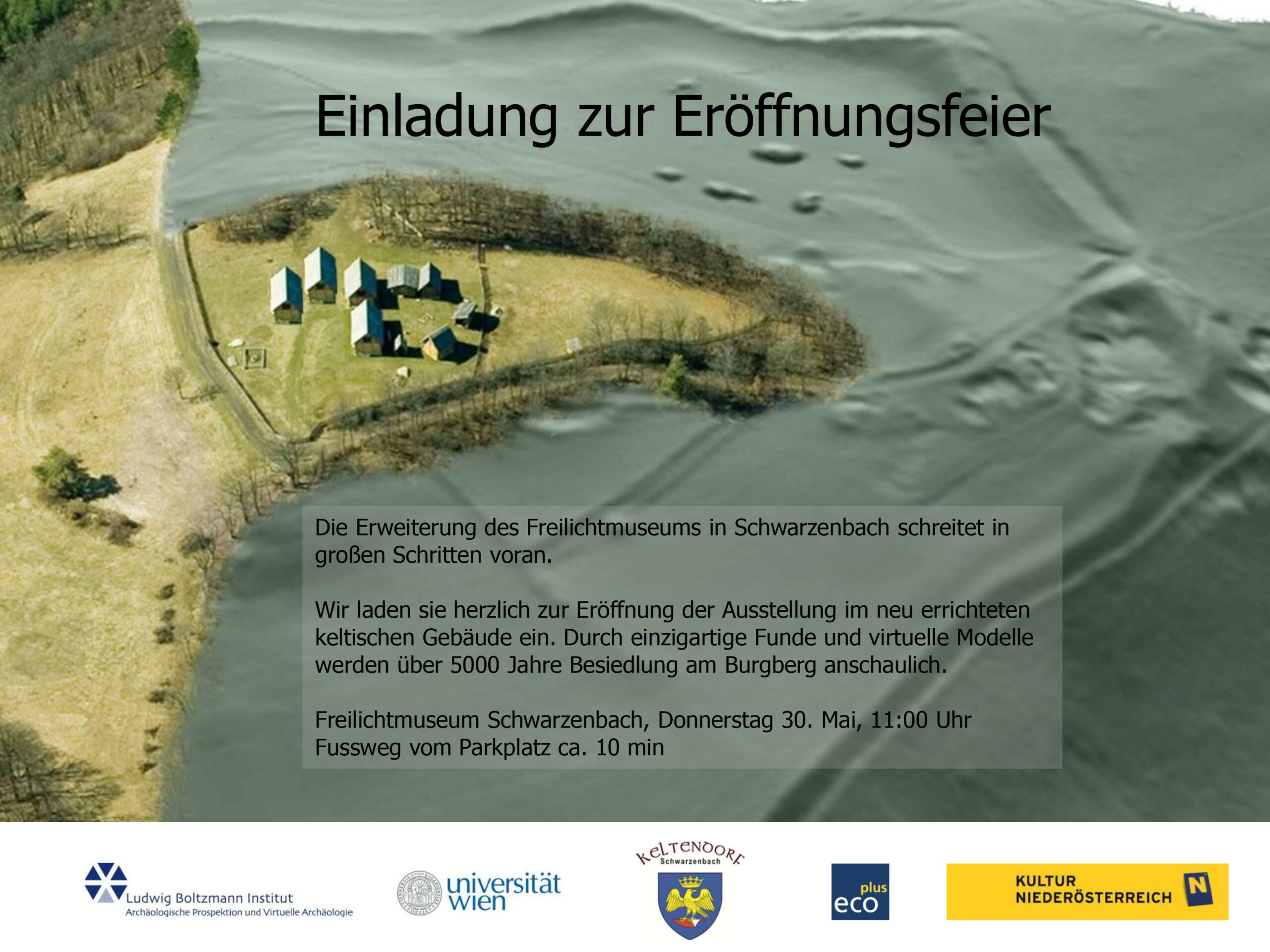