Archaeological prospection is celebrating one of its very first pioneers: Irwin Scollar turned 90 in November 2018.

Since the early 1960s, the ingenuitive US-born engineer, archaeologist and early computing expert has fundamentally formed, defined, advanced and influenced archaeological prospection methods and technology in the fields of near-surface geophysics and aerial archaeology. His vast experience and knowledge, precise formulation of the scientific problems, exemplary research and development leading to innovative applications as well as his high quality scientific publications are highly respected and an  to the worldwide archaeological prospection community.

In October 2011, it was the LBI ArchPro’s honour to organize the “Pioneering Archaeological Prospection” conference with Irwin Scollar in Austria. An impressive group of pioneers of archaeological prospection, including Martin Aitken, Mike Tite, Albert Hesse, John C. Belshé, Yasushi Nishimura, Otto Braasch and Helmut Becker, presented a retrospective on the beginnings of this exciting field of research. 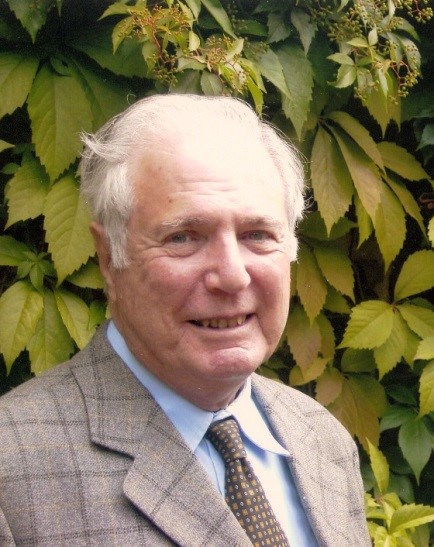 The following text on Irwin Scollar was written by LBI ArchPro historian Roland Filzwieser, based on a series of interviews that he conducted in 2011.

Archaeological prospection is grounded in the work of many pioneers, such as Antoine Poidebard and O.G.S. Crawford (Crawford 1955) for aerial archaeology, or Robert du Mesnil du Buisson (Hesse 2000), Mark Malamphy and Hans Lundberg (Bevan and Drive 2000) for geophysics. And there are many more that could be mentioned here. In October 2011 we were able to welcome some of them, including Martin Aitken, Mike Tite, Albert Hesse, John C. Belshé, Otto Braasch, Helmut Becker and Yasushi Nishimura, to an International Conference and Workshop on ’Pioneering Archaeological Prospection’ in Laa an der Thaya, Austria. The conference was organized by the LBI ArchPro, however, a decisive reason and co-organizer of this event was Irwin Scollar. His pioneering work was of great importance for the development of archaeological prospection in Europe and especially the German-speaking area.

Irwin Scollar was born on November 13th 1928 in New York City. His parents, Frances Becker, born in 1900 in Bucharest, Romania and Max Scollar, born in 1898 in Kamianets-Podilskyi, Ukraine, sent him to Bronx High School of Science, where he graduated in 1945. Later he went to Lehigh University in Bethlehem, Pennsylvania, and in 1948 he received a BSc in arts and engineering with minors in archaeology and art history. Inspired by his initial experience, 20-year-old Irwin Scollar decided to undertake an MA in classical archaeology at Columbia University, which he obtained in 1951. Although Scollar was later mainly engaged in the research dealing with the Neolithic period, he always maintained a keen interest in technology. Between 1948 and 1952 he worked as an engineer for the National Broadcasting Company, where he was involved in the development and installation of colour television systems. From 1953 to 1954, Scollar was awarded a fellowship at the Metropolitan Museum of Art in New York. As he spoke Russian as well as French, during this time he was responsible for the review of a series of archaeological books and papers from all over the world. One of these books happened to be O.G.S. Crawford’s ’Archaeology in the Field’ (Crawford 1953). Irwin Scollar, highly impressed by this book, wrote Crawford immediately, which resulted in a long-lasting correspondence of more than a hundred letters, in which Crawford gave Scollar extensive advice regarding his Ph.D. research, which in turn led to Irwin Scollar’s growing interest in aerial archaeology. In 1954, with a fellowship from the Belgian American Educational Foundation and with several suggestions by Crawford, who advised him about which research topics would be worth combining with aerial photography, Irwin Scollar went to Belgium, where he lived until 1956. Before he went on to Belgium, Irwin Scollar had visited O.G.S. Crawford in Southampton. Unfortunately, neither a young Mr. Scollar nor Mr. Crawford knew at the time that aerial photography was a matter of national security in Belgium and forbidden for most people to access. Upon realizing this Scollar went to see the military attaché at the US embassy, where he was given a letter of recommendation to hand over to the Belgian government. This letter finally enabled him to do his research. In 1956 he moved from Belgium to Scotland in order to finish his Ph.D. at Edinburgh University under Stuart Piggott, whom he had met first in Stonehenge, together with Richard Atkinson. During the research for his dissertation on a Neolithic settlement in southern Belgium, Scollar had to follow the traces of this culture as far as western Germany, including the Rhineland. This research also led him to the Library of the Römisch Germanische Kommission in Frankfurt, where one day at the breakfast table he met Harald von Petrikovits, who had just become director of the Rheinisches Landesmuseum in Bonn. Von Petrikovits was immediately interested in Mr. Scollar’s research and told him to introduce himself to the museum as soon as he had finished his Ph.D. About one year later he did so, and in January 1959 started his job at the Rheinisches Landesmuseum, where he continued to conduct research until his retirement in 1991.

In the first year of research in aerial archaeology for the museum Irwin Scollar examined many available aerial photos in which he could already discover several new archaeological sites. From 1960 he began to fly and took photos on his own, and even received permission for some of his students from the University of Bonn to fly under his name. During the following ten years he managed to cover a huge area and discovered thousands of previously unknown archaeological features. For example, in the years 1960 and 1961 several hundred features were discovered in the Rhineland alone (Scollar 1965, 49). Mr. Scollar had his last own flight in 1970, after that his colleagues took over. The research was financed mainly by the Deutsche Forschungsgemeinschaft (DFG).

From the very beginning Irwin Scollar also had a keen interest in geophysics, mainly resistivity and magnetometry, though he also worked with other methods such as electromagnetic prospection (Scollar 1962). It was in 1959 that he conducted a resistivity survey at the Colonia Ulpia Traiana near Xanten, where he was able to confirm the expected course of the wall and a ditch (Scollar 1959). Shortly after that, in 1960, he was engaged in magnetometry. To compare his results with the resistivity survey from the year before and with aerial photographs of the area, Scollar borrowed a torsion-magnetometer from Askania and went back to Xanten to survey the city wall once again (Scollar and Schulze 1960).

At this time he already knew Martin Aitken, whom he had visited right after Mr. Aitken had published his results of the Water Newton survey in 1958 (Aitken 1958). However, Scollar wanted to have a differential magnetometer, so in 1961 he developed the first digital differential proton magnetometer (Scollar 1961a) used in archaeology, which he applied the same year at several surveys in the Rhineland (Scollar 1961b). In the years to follow he also advanced his magnetometer design (Scollar 1963) and between 1963 and 1965 even built them for various other institutions, so for example Indiana University, the Fondazioni Lerici in Rome and the German Hydrographic Institute at Cuxhaven.

From 1964, Scollar also did fundamental research regarding magnetic properties of soil. Most important for his career, however, was his commitment to data management. This included applications in geophysics, for surveying (Scollar and Krückenberg 1966; Scollar 1968b) as well as for interpreting (Scollar 1968a), and in aerial archaeology (Scollar 1975), introducing computer image processing (Scollar 1977). In the late 70’s, Scollar programmed a database system for archaeological sites (Scollar 1992), which later, through the Verband der Landesarchäologen, became the standard archaeological database for all of Germany for a few years. Throughout the 80’s he worked mainly with statistics. Scollar has, since 1973, developed numerous items of software, which have been combined to form the Bonn Archaeological Software Package (BASP). This includes programmes for seriation, clustering, correspondence analysis and mapping. AirPhoto became especially popular, has been installed in many institutions around the world and is for example still in use and taught to students at the University of Vienna.

But Irwin Scollar’s interest in computers and technology did not only lead him to push aerial photography and magnetometry, it also influenced his ways of doing research outside of archaeological prospection and data management. In his opinion the Internet is a big asset for any research, so that he prefers reading online articles to purchasing any new scientific literature in hard copy. Regardless of all his technical skills and interests, however, he never lost sight of his initial goal: ’to make history’. He is not even really fond of databases and GIS, and prospecting to him is just a means to an end. Irwin Scollar is interested in technology and engineering, but it is the historical knowledge that really motivates him. He believes that many archaeologists nowadays have lost the big picture and are focusing too much on single approaches or aspects. He furthermore states that archaeology has always been a puzzle to him, the less information available up front the better. Therefore, he is first and foremost interested in the Neolithic period. Once historical literature comes into the picture, research happens in completely different ways. Irwin Scollar tries to approach archaeology top down. Archaeological research has to be done with the help of a documentation system. For him, archaeological analysis is always based on a database. That now includes GIS as well as common maps. This system has then to be filled with spatial data of a certain surface, namely the earth. To carry out this task, all available prospection methods should be included. This means aerial photography as well as resistivity, magnetometry, GPR and LiDAR. In this way, five surveying methods based on different physical rules contribute to one historical source that then can be interpreted by the archaeologist. To further develop all of these methods, fundamental research of physical properties is as essential as practical and methodological aspects of these approaches. To contribute something new, Irwin Scollar believes one must focus especially on fundamental research outside archaeology, like geophysics and other disciplines, rather than to look at geophysical research already conducted within archaeology.

———. 1968a. “A Program Package for the Interpretation of Magnetometer Data.” Prospezioni Archeologiche 3: 9–18.

———. 1975. “Transformation of Extreme Oblique Aerial Photographs to Maps or Plans by Conventional Means or by Computer.” Aerial Reconnaissance for Archaeology Research R: 52–58. 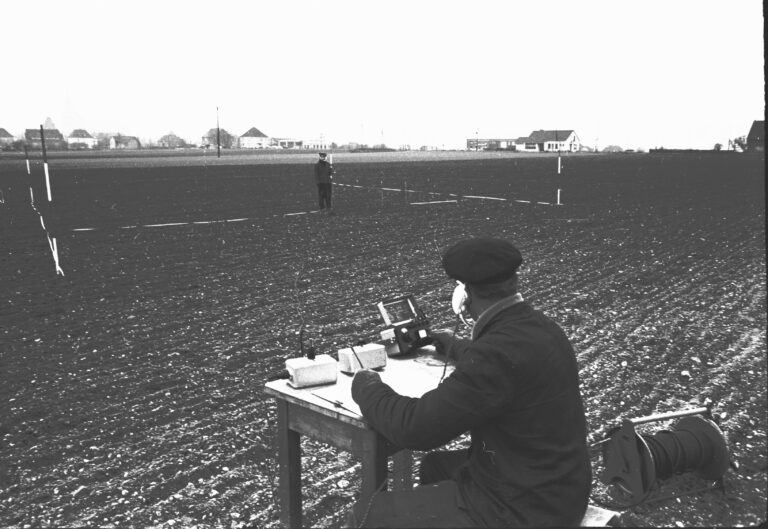 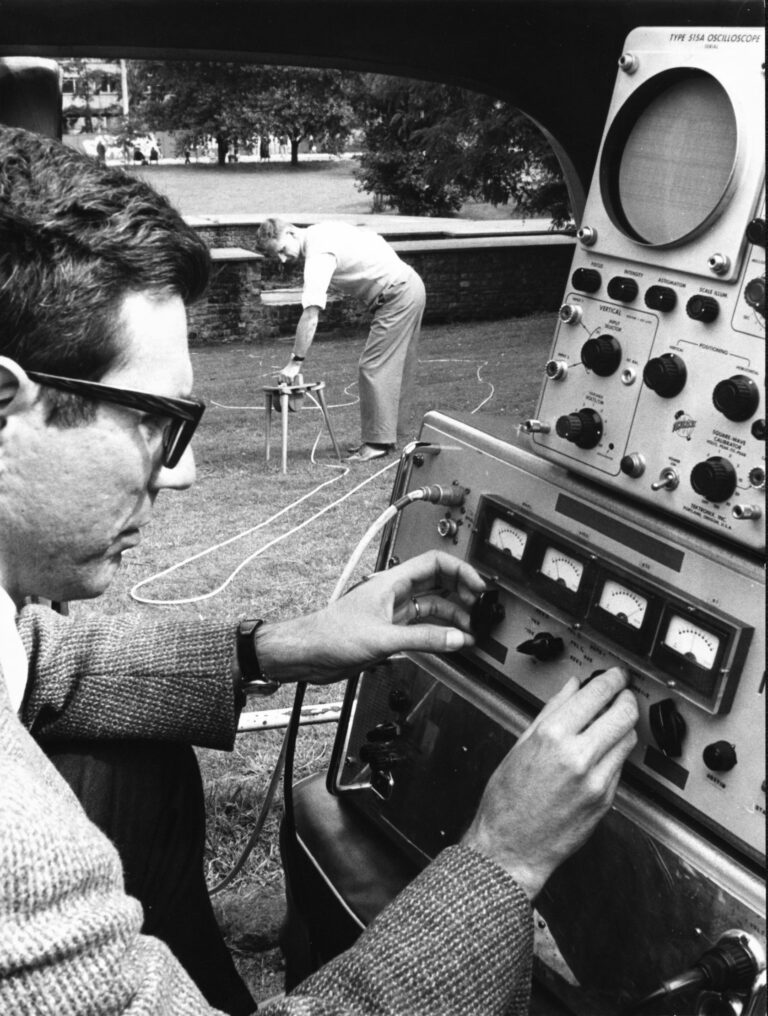 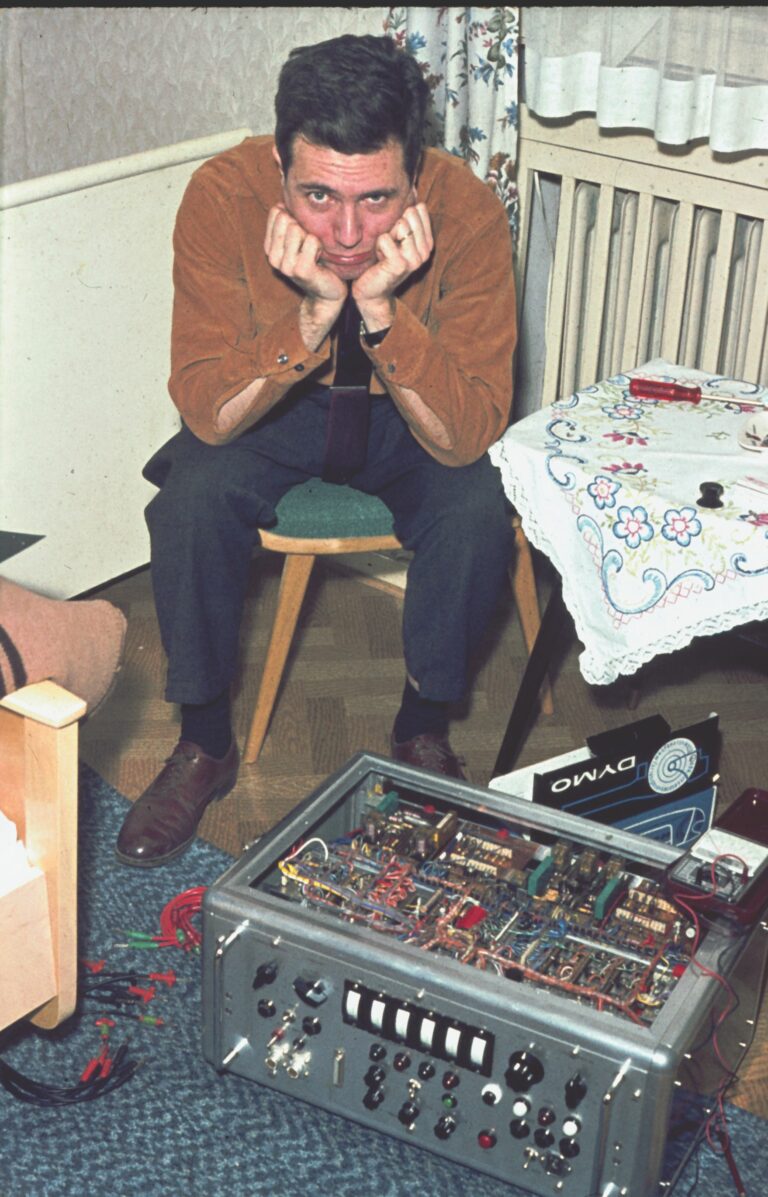 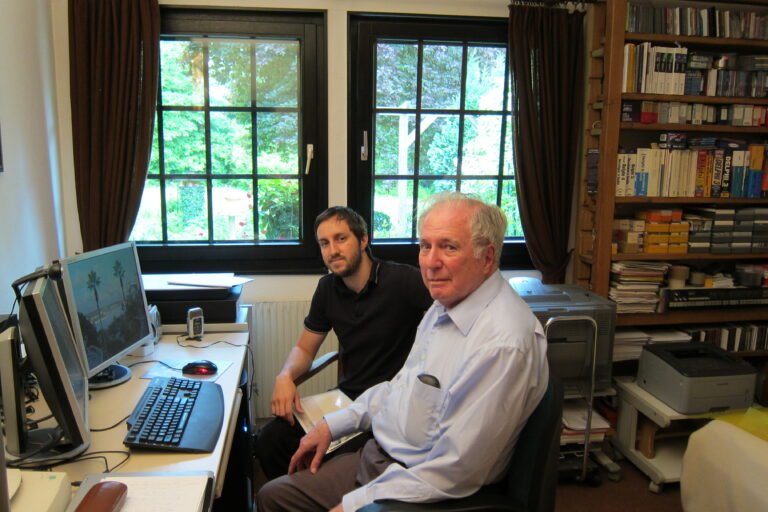