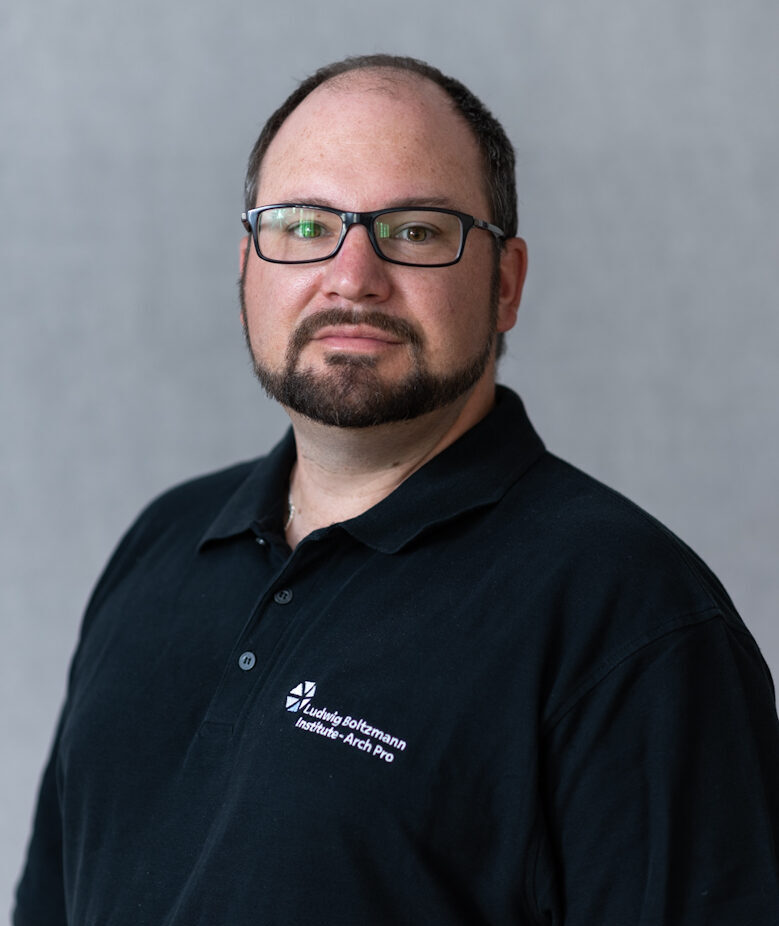 Hannes Schiel is a graduated Archaeologist with a focus on Prehistoric Archaeology, Geophysical Prospection and Remote Sensing. Since 2017 he is also a member of the Archeo Prospections® Team and employed at the Central Institute for Metrology and Geodynamics (ZAMG) in Vienna. Since 2015 he is responsible for the execution of high resolution geophysical surveys in Austria and abroad as well for the archaeological interpretation of the collected data. His current research topics are on the multiphasic site of Rechnitz and the early Neolithic settlement site of Kleinhadersdorf.

Besides his scientific work for the LBI ArchPro and the ZAMG Hannes Schiel is the Custodian of the City Museum Neunkirchen in Lower Austria.