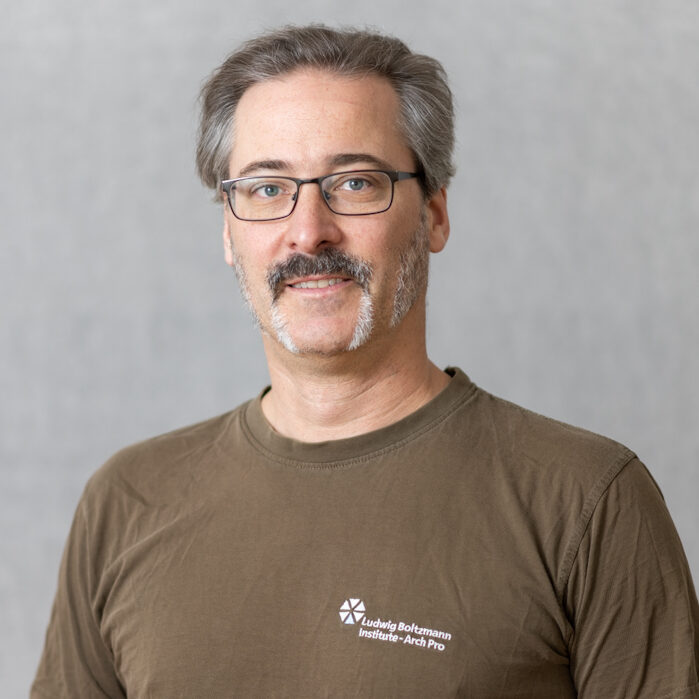 After finishing the studies of Physics in 2003 Matthias Kucera became an associated member of the Vienna Institute for Archaeological Science (VIAS) in 2004. During his studies he also attended courses in Pre- and Early History, Classical Archaeology, Agyptology and Philosophy with a focus on Archaeometry. As a preparation for his work at VIAS he had some additional education for Secondary Electron Microscopy and Energy Dispersive X-Ray Analysis. His scientific interest is als set upon the theory of interdisciplinary work and the investigation of different scientific approaches in humanities and nature sciences, which is the topic of his doctoral thesis. Furthermore he participated in a workshop for remote sensing held in Lublijana in 2006 working with ArcGIS and ERDAS. His participation was initiated by the aerial archive of the University of Vienna, for which he worked during this time. From 2005 a main focus was also set upon 3d-Laserscanning dealing with the documentaion of heritage sites but also the documentation and virtual visualisation of archaeological excavations.