The case study investigated the interaction of society and “nature” in middle ages, based on detailed information of former land use and spatial organisation of settlements. The area selected to be covered by archaeological prospection around the villages of Schalkstetten, Stubersheim and Bräunisheim is situated on the Alb plateau.

Previous evaluation of private surface find collections, systematic field surveys, aerial photographs, small scale geophysical prospections and archaeological excavations show the high potential of this region for landscape archaeology. There are several abandoned medieval settlements and roman villas within the study area. Some of them are archaeologically localised, others are just known from written sources and were just localised in a very rough accuracy by place names. Settlements of migration period and early middle ages are situated just in the periphery of the later villages, but they are different in terms of their relation to water resources in the karst region with a substantial lack of ground water. Whereas early settlements are located at sources near the rim, the later villages are situated on the top of these deposits and used wells.

Parallel investigations by partner RGZM provided historical, archaeological and geo-archaeological data to provide the basis for a broad interpretation of the landscapes in terms of changing settlements, land use strategies and human impact on the landscape. The case study offered a possibility for connecting landscape archaeological prospection with further research on environment and ecology. 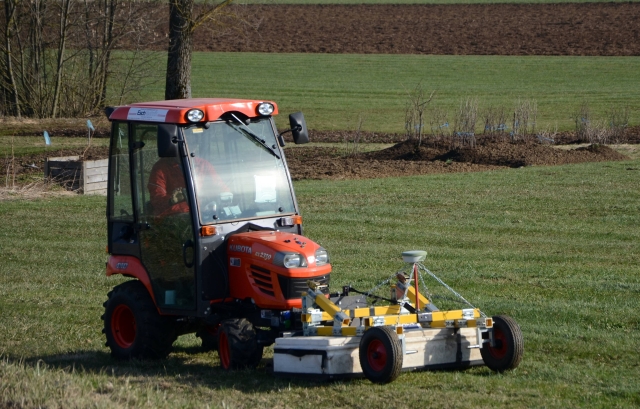