A big part of the Dockyard is the area around the former Casemate Barracks – the second oldest historic building of the Bermuda Dockyard. The name of Casemate Barracks, the first word in singular, derives from the construction of the roof of the barracks and the two adjacent ordnance buildings. Like the largest gunpowder magazine of this period (1830s to 1850s) the buildings had a “casemated” roof up to five feet thick. This was formed by constructing an arch of brick, the underside of which becomes the ceiling of the building. The upper side of the arch of some six layers of brickwork was levelled with concrete or mortar, to make the whole structure “bombproof” against incoming cannonballs from the American forces, then the designated enemy. In the two ordnance buildings at the Casemates complex, the brickwork of the roofing arches is apparent on the facades, but at the barracks, it is hidden behind a course of hard Bermuda limestone, where false windows also mask the construction form of the roof.

The area of the Casemate Barracks was converted to Bermuda’s high security prison in use from 1964 –1994, but may now be integrated into the museum area. It is also planned to reconstruct the original structures of the buildings. Therefore it became necessary to document the visible old structures of the Casemates area, which are an important part of cultural heritage on Bermuda. The three major buildings – the Casemate Barracks, the Lower Ordnance Yard and the Upper Ordnance Yard all with several rooms – the Right Advance Battery including two rooms, the Land Front with the gun emplacements and a cave system as well as the surrounding area were main focus of this documentation project. A complete three-dimensional documentation of the large site seemed to be of high importance for the ongoing planning to preserve the cultural heritage and provide basic survey data for new applications.

To document the complex structures of the Casemate Barracks area with traditional methods would have been a difficult, expensive and long-term project. The large area, with plenty of buildings on the outside and many different sized interior rooms would have produced serious problems with a conventional documentation techniques based on total-station survey, photogrammetrical methods and drawings. Therefore, the main objective of this project, which was done by VIAS-Vienna Institute for Archaeological Science for the Bermuda Maritime Museum, was to apply the latest 3D laser scanning technology (RIEGL LMS terrestrial laser scanners) for a detailed, overall documentation of the Casemate Barracks historical site. The goal was to produce a digital terrain model (DTM) in various point densities for representative purposes in the first instance, but also for further mapping of the structures, e.g., in a GIS as well as triangulated and textured 3D models of the buildings from both the outside and the inside. 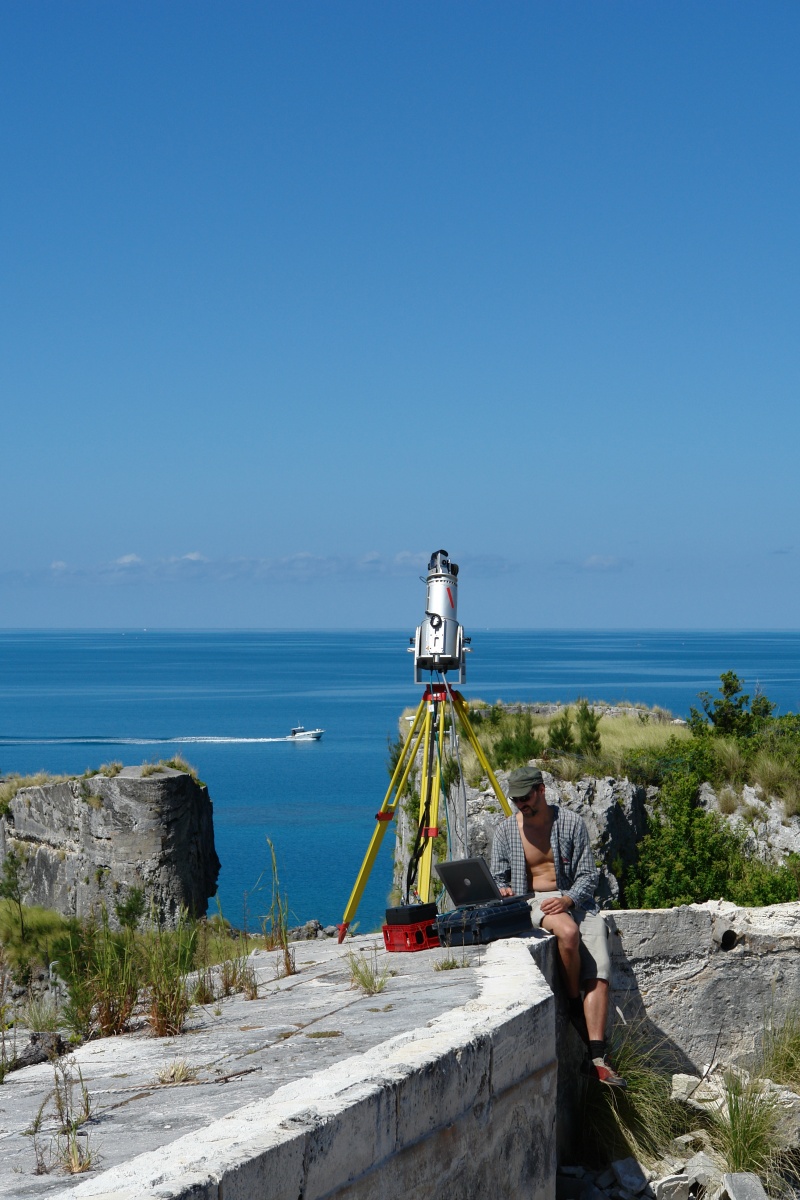 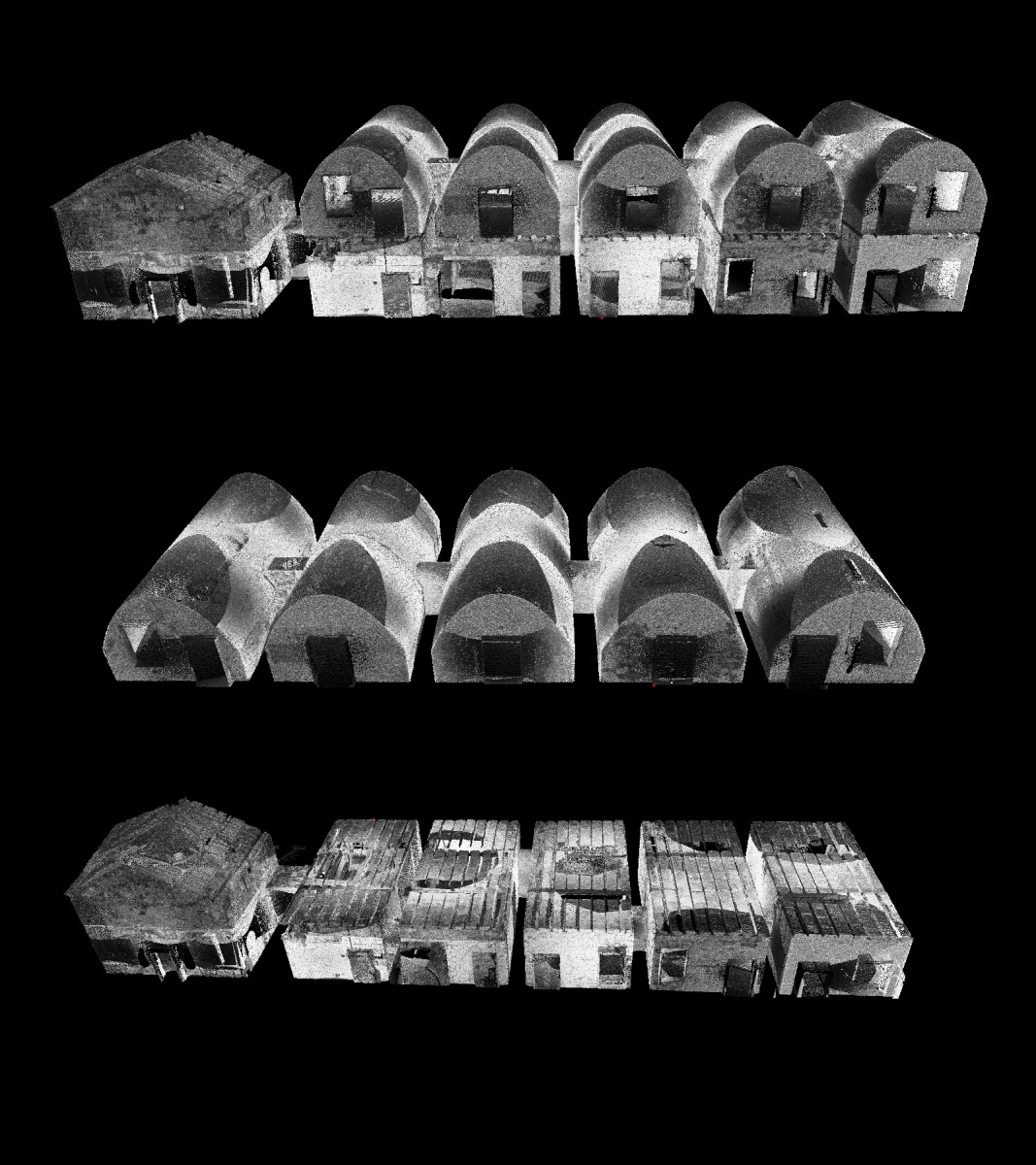